A quasi-3D finite element modelling of an axial flux machine

3D FEA is the most used technique for simulation of axial flux machines (AFM) due to their intrinsic 3D magnetic structure. But these simulations are extremely time consuming especially at initial design stages. There is also a well-know 2D FEA technique when the AFM is represented by one or several linear machines with equivalent topologies by slicing the 3D geometry of the AFM with cylindrical planes of different radii (2D Linear Machine Modeling Approach – 2D-LMMA [1]) as shown in Figure 1. Then the magnetic field problem is solved in each slice all at the same time with 2D FEM. The electromagnetic torque is calculated for every slice and the actual torque is obtained as a summation of all slice values.

The main drawback of 2D-LMMA is limited accuracy due to strong influence of 3D effects on the AFM performance. To include 3D effects into 2D-LMMA, MotorXP-AFM also computes the magnetic field in the radial cross-section of the AFM and uses geometry correction coefficients to take into account the exact shape of different parts of the machine. Example of the radial cross-section mesh of the AFM is shown in Figure 2. 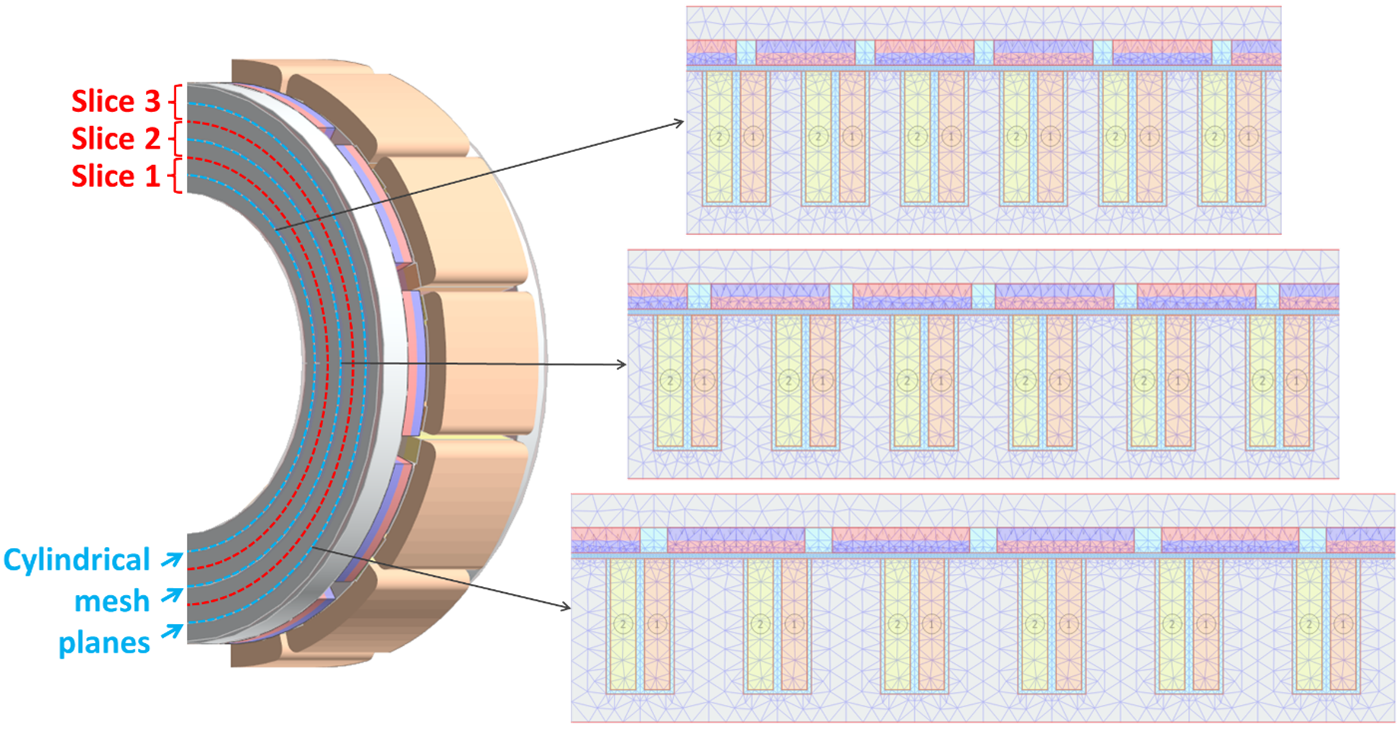 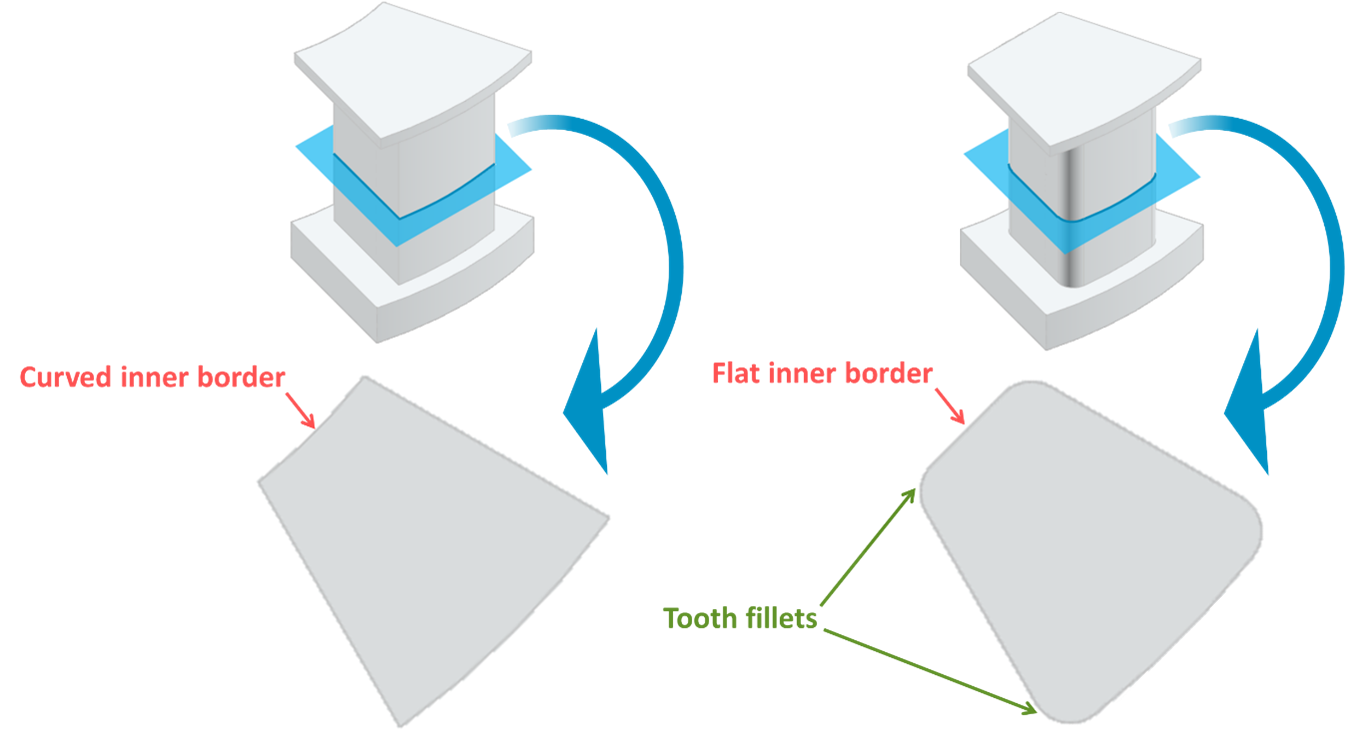 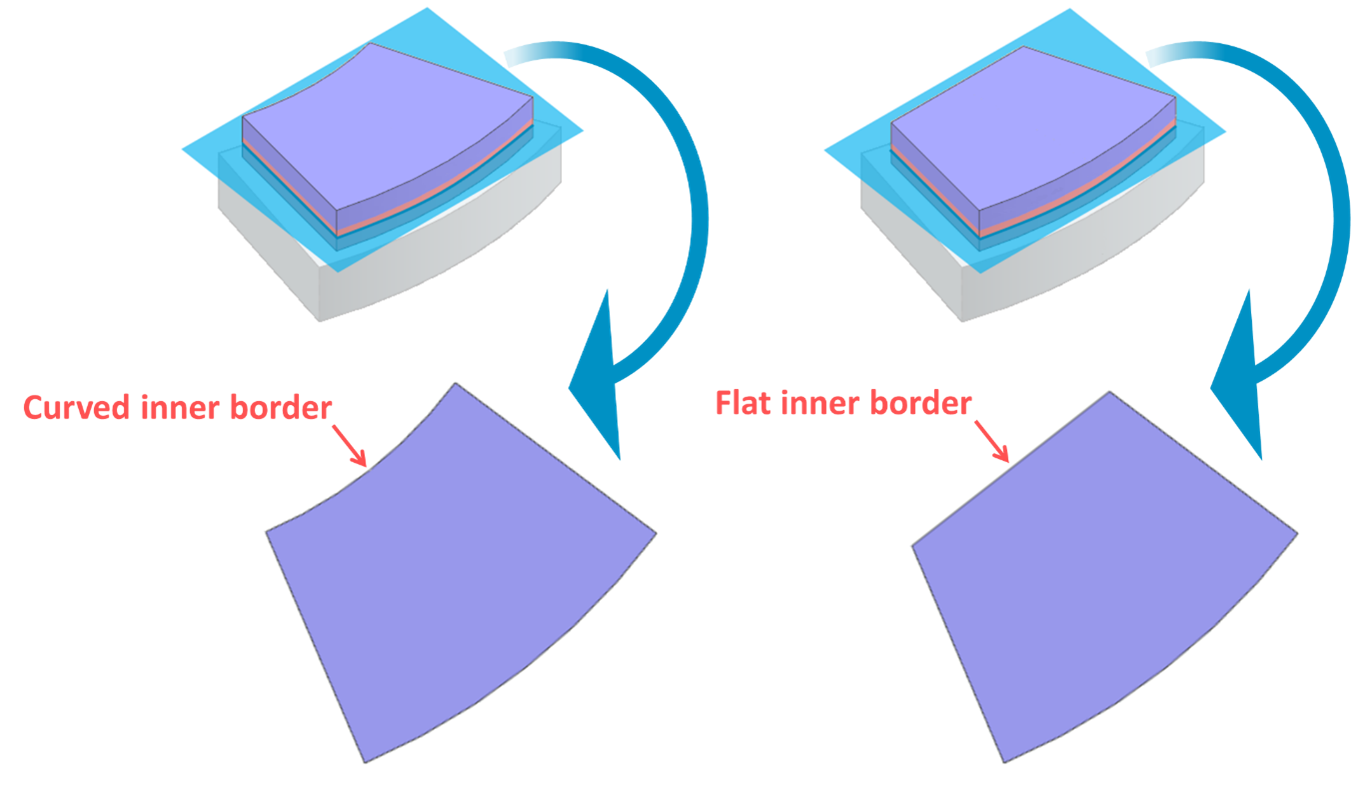